Twenty Jackson Walker partners were selected for inclusion in the 2015 edition of the prestigious Chambers USA: America’s Leading Lawyers for Business guide, and one additional partner was named a “Recognized Practitioner.”

The Firm itself was ranked for its Bankruptcy/Restructuring, Construction, Corporate/M&A, Energy: State Regulatory and Litigation (Electricity), Environment, Healthcare, Labor & Employment, Litigation: General Commercial, and Real Estate practice groups in Texas. In addition, the Firm is listed as a “Recognized Practitioner” in the nationwide rankings for Transportation: Aviation: Litigation and in the Texas rankings for State Regulatory & Litigation (Oil & Gas) and for Intellectual Property.

The Chambers guide identifies leading lawyers and law firms through interviews with thousands of lawyers across the U.S. and their clients. The criteria for selection in the guide include recommendations by clients, the attorney’s visibility in his or her area of law, and the volume, complexity and size of work undertaken. For more information about the Chambers USA guide, visit chambers.com.

Sources say: “The team has an excellent reputation, and a well thought-out business approach to every transaction.” “The bankruptcy group is both responsive and knowledgeable.”

Chambers says: “Calls on long experience with both transactional and contentious aspects of construction law. A broad client base including engineering groups, transit agencies and design professionals.”

Sources say: “My impression is the firm has great, seasoned lawyers. When work can be done by an associate they will assign it to them but will ask me first before doing so.” “The firm has done a good job of keeping me out of court trials.”

Sources say: “They are highly skilled, experienced and bring a wide breadth of knowledge and expertise to the table.” “They provide prompt, top quality work at a reasonable cost.”

Chambers says: “Broad practice handling regulatory proceedings before the ERCOT and the PUCT, as well as offering strength in litigation to an assortment of players in the electric industry. Recent activity includes involvement in matters surrounding attempts to improve the electrical transmission grid.”

Sources say: “Jackson Walker can offer high-quality legal talent, practical advice and a client-focused approach to the work that they do. I know they will bring top talent to every issue and be responsive to my concerns.” “The team possesses an in-depth knowledge of the technical, political and policy components of the issues at hand, along with a keen strategic eye and grasp of the impact of solutions on all aspects.”

Sources say: “Overall my impression of the firm is very high. There is certainly a breadth of knowledge about the legal, environmental and technical issues.”

Sources say: “The services among their various offices and attorneys are seamless and they work together well to provide a quick, efficient, and cost-effective positive result.” “Jackson Walker’s operations as a whole are stellar.”

Sources say: “They’re excellent. They’re very responsive, they know what they’re doing and they are efficient.” “They absolutely exceeded expectations.”

Chambers says: “Long-established litigation practice with a highly experienced group of attorneys recognized for its track record in bet-the-company disputes. Noted sector-specific experience pertaining to the aviation, financial services and insurance industries, among others.”

Sources say: “We go to them because they are incredibly reliable, responsive and they have a great depth of knowledge.” “They’re involved in most areas of litigation and the lawyers we’ve encountered are very good.”

Chambers says: “A deep bench of lawyers, bolstered by having one of the strongest zoning practices in the state. An impressive client roster includes real estate investment companies, developers and financial institutions.”

Sources say: “My impression is that the firm has great, seasoned lawyers.” “A strong zoning group, probably the best in the state.”

Congratulations to the following Chambers-ranked lawyers:

Ranked for First Amendment Litigation (Nationwide – Band 1)
Chambers says: “Charles Babcock is described by the market as ‘an exceptional trial lawyer’ and a ‘go-to’ practitioner for First Amendment litigation, having represented a long list of prominent figures in such matters. Babcock is praised for his written and oral advocacy and also possesses strong appellate skills. He successfully handled an appeal concerning a defamation suit brought against Dr. Phil and CBS Television in relation to the disappearance of Natalee Holloway in Aruba, which had been brought by two of the suspects.”

Ranked for Litigation: Trial Lawyers (Nationwide)
Chambers says: “Charles Babcock is a highly respected First Amendment and commercial trial lawyer. He is commended for his ‘outstanding written and oral advocacy’ and described as ‘an exceptional trial lawyer.’ He divides his time between the Houston and Dallas offices of Jackson Walker L.L.P., and has significant experience in appearing before diverse trial and appellate courts. His recent caseload showcases his strength in media disputes, including a defamation case brought against Dr. Phil McGraw.”

Ranked for Litigation: General Commercial (Texas – Band 1)
Chambers says: “Charles Babcock enjoys an outstanding reputation as one of the leading commercial litigators in Texas. He recently represented television personality Dr. Oz in defense of allegations of clinical negligence, successfully achieving a motion to dismiss the claims. Sources name him ‘a good guy and a heck of a trial lawyer.'”

Ranked for Energy: State Regulatory and Litigation (Electricity) (Texas)
Chambers says: “Patrick Cowlishaw is experienced in handling matters before the PUCT, with expertise across a range of disputes involving the electricity sector. A client remarks: ‘I can always count on him to do a lot with very little guidance. He consistently produces a very good work product.'”

Ranked for Corporate/M&A (Texas)
Chambers says: “Manager of the firmwide corporate and securities group, Richard Dahlson handles leveraged buyouts and M&A deals.” Sources say: ‘Rick has been a standout since day one of working with him. He has a broad knowledge of corporate law and a practical approach to advising clients.'”

Ranked for Environment (Texas)
Chambers says: “Leonard Dougal recently advised a consortium of lenders in connection with the project financing of a 218-megawatt wind generation facility. He is a versatile attorney who also garners increasing attention for his water-related work. One source describes him as ‘excellent – very responsive and very thorough.'”

Ranked for Labor & Employment (Texas – Band 1)
Chambers says: “The highly respected John Jansonius has over 30 years’ experience in the field and handles a range of employment and labor concerns for giants such as UPS, Hyatt and McDonald’s. Jansonius is valued by clients as ‘a very calm presence and very good at the strategy and big picture work.'”

Ranked for Energy: State Regulatory and Litigation (Electricity) (Texas – Band 1)
Chambers says: “Energy litigator Kathleen LaValle is ‘incredibly hardworking for her clients and very efficient,’ according to sources. She is praised for her insight into the regulatory area and understanding of client needs. LaValle acts for electric retail providers and power generation companies, among others, in regulatory proceedings and subsequent litigation.”

Ranked for Real Estate: Zoning/Land Use (Texas – Band 1)
Chambers says: “Sources agree that Susan Mead is a great choice of counsel for clients facing land use and zoning issues. Sources say: ‘She is really respected by the cities and counties she does business with, and really good at getting out with adjacent landowners to try to help rezoning go more smoothly.'”

Ranked for Real Estate (Texas)
Chambers says: “His broad practice encompasses real estate purchase, disposal, financing and workout matters. Meyerson is ‘very effective, incredibly personable, and great at analyzing transactions and telling us where the deal points are, without being bogged down in the minutiae,’ say sources.”

Ranked for Construction (Texas)
Chambers says: “Michael Moran is a key construction lawyer in the Dallas office. His construction practice includes both litigation and negotiation of contracts. He had a lead role for Drexel Highlander Condominium Association on litigation connected with water infiltration into a residential building and associated damage caused.”

Ranked for Healthcare (Texas)
Chambers says: “Edgar Morrison is described as a ‘fantastic lawyer’ who does ‘good work on the front line with high-profile clients.’ He is an [experienced] transactional and regulatory healthcare attorney.”

Ranked for Real Estate (Texas – Band 1)
Chambers describes “The ‘very professional and very knowledgeable’ Kurt Nondorf” as having recently advised a client on its $300+ million disposal of a four-building office development in California.

Ranked for Immigration (Texas)
Chambers says: “James Prappas of Jackson Walker L.L.P. is highly adept at guiding clients through numerous nonimmigrant visa scenarios, including the transfer of significant personnel. He also handles employment-based visa issues, and is hailed as a ‘very conscientious attorney’ with ‘[vast knowledge of immigration law.'”

Ranked for Bankruptcy/Restructuring (Texas)
Chambers says: “Bruce Ruzinsky advises on bankruptcy litigation, restructurings and workouts on behalf of a variety of stakeholders.” Sources describe him as a practitioner ‘who comes in and gets things done.'”

Ranked for Bankruptcy/Restructuring (Texas)
Chambers says: “Ken Stohner has many years’ experience representing debtors, creditors, trustees and lenders in bankruptcy cases. He is characterized by respondents as ‘a lawyer who is on top of everything, never unprepared, willing to negotiate, and reasonable.'” 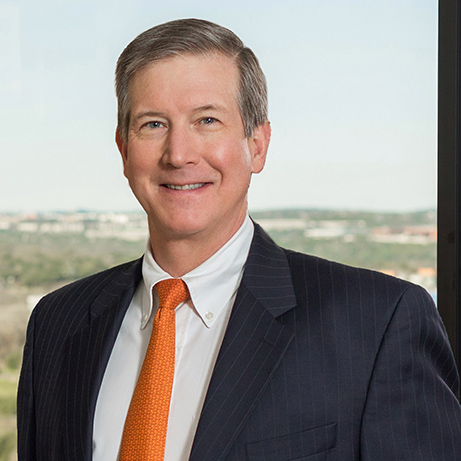