At Jackson Walker, we are extremely proud of our Hispanic attorneys and allied professionals. As we celebrate National Hispanic Heritage Month through October 15, Houston attorneys Marisela Peña Gonzalez and Javier Gonzalez joined the Fast Takes podcast to share how their upbringings shaped their journeys.

As a fourth-generation Texan and a first-generation college graduate, Corporate & Securities partner Marisela Peña Gonzalez seized every opportunity along the way and proudly serves as an example to other Latinas that they too can succeed at a place like Jackson Walker if they make the most of every opportunity.

Javier Gonzalez, an associate in the Trial & Appellate Litigation and Bankruptcy, Restructuring, & Recovery practices, was born and raised in Houston, Texas, and his family is from Mexico City. Growing up in a close-knit community centered around family, Javier treats every individual, even adversaries in the courtroom, with the utmost respect.

We all have individual and shared experiences in our lives which shape our heritage and cultures. At Jackson Walker, we are proud to have individuals like Marisela and Javier who enrich the Firm’s culture by sharing their stories and experiences with us. Please join us in celebrating National Hispanic Heritage Month. Visit our Diversity & Inclusion page for more information about our efforts to create a more diverse and inclusive environment for all.

Courtney White: Hi, everyone. I am Courtney White, and this is Jackson Walker Fast Takes. September 15 through October 15 is Hispanic Heritage Month. Starting as a weekly celebration in 1968, Hispanic Heritage Month was expanded to a monthlong celebration in 1989. The month starts on September 15 to mark the independence anniversaries of Costa Rica, Nicaragua, El Salvador, Honduras, and Guatemala.

Marisela, please tell us your story. 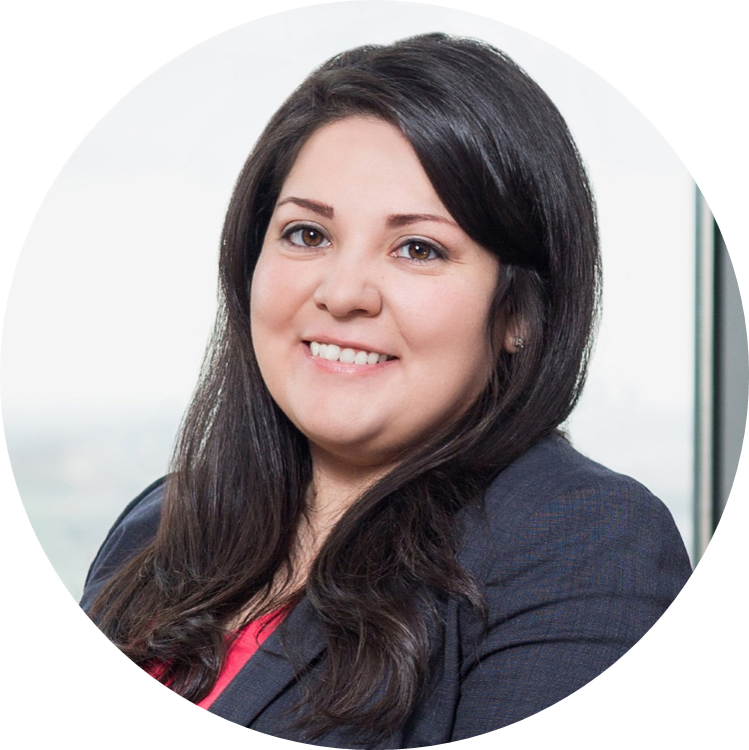 Marisela Peña Gonzalez: Hi, Courtney. Thanks for having Javier and I on. It’s an honor to the attorneys that you guys showcase during Hispanic Heritage Month.

So, a little bit about my background: I am a native Houstonian, born and raised, but I’m actually a fourth-generation Texan on both my father’s and mother’s sides. So, we’ve sort of had the good fortune of not having to do the immigration experiences – the challenges that brings over, you know, many, many years. That being said, with my grandfather and my grandparents sort of coming of age in Texas in the early part of the 20th century, that was obviously not without its struggles. They came of age in a time when educational opportunities for Mexican Americans just really weren’t there. None of them had more than a grade-school education, I’d say—all of them leaving school early to help raise younger siblings, do jobs like farm laborers or factory workers. And so, despite the opportunity of being here in Texas for quite a while, it didn’t really translate into advancement for our family for a number of years. My parents sort of made that first step by graduating high school, but being inner-city students in Houston in the ’70s, that didn’t provide as many opportunities for them either, you know, whether through the sort of systemic issues that were there at the time and, really, a lack of mentorship and leadership and knowing what could be next for them. That’s as far as they were able to go. But I think knowing that there was more is what keyed them into, for me and my siblings, knowing that education was going to be the key.

For me, it was never an if I was going to go to college or whether I was going to go to college, it was just sort of a given. We just sort of went with that understanding. And I think somewhere I always knew too that, you know, that would be grad school after that, though I didn’t really know it was going to be law school until senior year of college. I thought I would do med school before that, before realizing that I didn’t like science as much as I thought I did, and I really liked the writing. So, senior year, I decided let’s try the LSAT and see how that goes and was lucky enough to get into U of H and really lucky enough to be able to participate in a diversity program that Jackson Walker participated in through the Houston law schools. And that’s sort of how I ended up at Jackson Walker. It’s not so much, you know, because I had a lot of foresight into what that plan looked like, but I think it was a lot of having opportunities that many of those before me didn’t have.

When I look at my family upbringing and how it’s influenced my career and where I’ve ended up, it’s not so much, you know, a subject matter because this is also foreign to anything we even knew about growing up, but it was really about understanding I’ve been lucky enough to be in a time where more opportunities have been given to me than those have come before me. And so, it’s really about seizing all those opportunities and making the most of them, not just for those whose shoulders I stand on, but for those who are going to come after me and after Javier and being able to see, you know, somebody like me—Latina first generation, low socioeconomic status upbringing—being able to carve out a space in a place like Jackson Walker is important, and I want to make sure that others are able to see that opportunity and seize upon it in the same way.

Courtney White: Marisela, what practice area are you in right now?

Marisela Peña Gonzalez: I am in the Corporate & Securities group, so the transactional practice.

Courtney White: Awesome. Javier, We cannot wait to hear your story next. 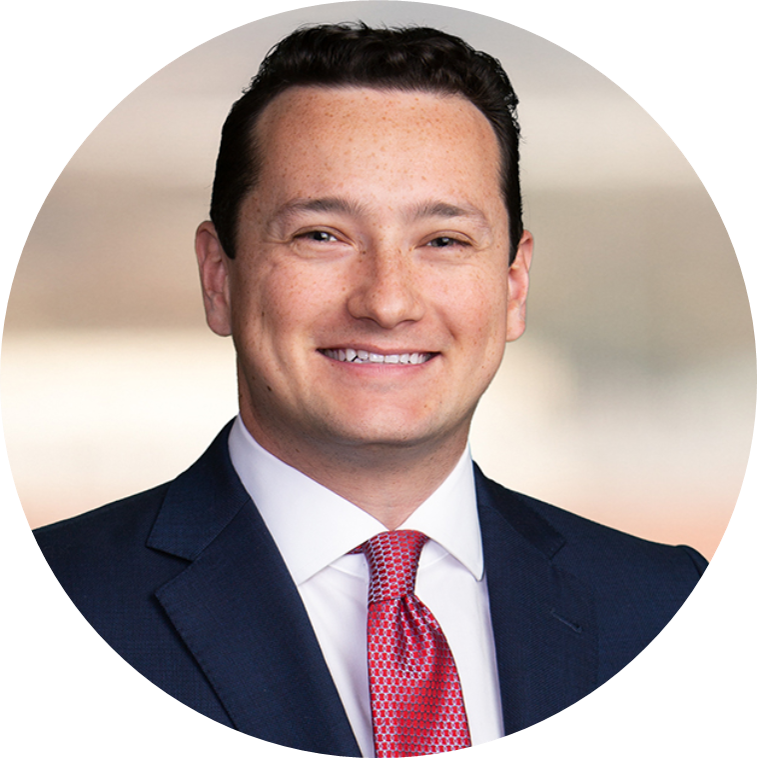 Javier Gonzalez: Sure, and thanks for having me and Marisela on here.

I had somewhat of a different upbringing. My parents were born and raised in Mexico City and, for a long time backwards, my ancestors are from there. They’ve basically only ever knew Mexico until my grandfather got sick with cancer. He came to Houston for treatment, and my grandfather basically brought all nine of his kids and their families to Houston, and we all wanted to come, of course, to be there for him. Once his cancer treatment was done, my parents decided that this was a better place to be. So, I basically only lived in Mexico for two years, and then moved here.

When I was being raised, my parents didn’t speak much English, and they preferred speaking Spanish. At home, it was Spanish only, and at school, it was English only. So, I feel like I was raised with the best of both worlds. I learned English at school, I learned the English practices and customs, and I’d go home, and I’d be raised with the Mexican style.

As I got older and older, I got more involved in knowing what kind of companies my families ran and what their businesses were. What I saw was that the Mexican approach to business, whether it was legal or business in general, is that everyone is part of your family. And I feel like most people will agree that even distant friends, you call them uncle, aunt – people you’ve barely met, they’re officially your uncle in the family. So, that’s the kind of upbringing that I was given.

I feel like going from being raised to going to law school and now the legal profession, I feel like I’ve brought that same kind of upbringing to my profession. In fact, the main reason I picked Jackson Walker is, during my two summers here, it felt like everyone I knew was part of my family or I could treat them like part of my family. And even now as a practicing attorney, some of my coworkers are some of my best friends. And I think that really was ingrained in me when I was growing up that you treat everyone like they’re your family. You give them the most utmost respect, you treat them with what they need help with, and you always do it with a smile on your face. And as a practicing attorney, I feel like that approach has helped me understand how to treat and deal with people. I’m a litigation associate, so it’s a very adversarial nature. And even though we’re fighting in the courtroom, it doesn’t mean that I’m fighting with you personally. I feel like the approach that a Mexican American upbringing gives you is that you treat them with respect even if you’re fighting on the battlefield, but at the end of the day, you’re okay saying hi to them, hanging out with them, treating them like a person that they are. And I think that’s what my upbringing has instilled in me, and that’s made me the attorney I am today.

Courtney White: Marisela and Javier, thank you so much for coming to share your stories today during Hispanic Heritage Month.