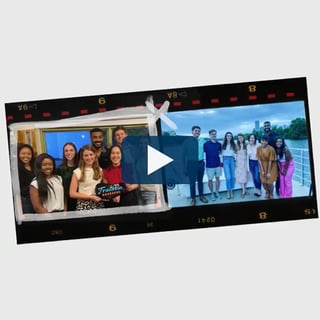 As part of our Summer Associate Program, each city hosts social events to provide summer associates with the opportunity to get to know as many of our attorneys as possible so that they can get a feel for our culture and find out if our firm is a great fit for them. These events also provide our attorneys with the opportunity to get to know them. Learn more about our summer program »

The Mom Project and Jackson Walker have joined forces to advance mothers in the legal industry. This exciting partnership will move the needle on diversity and successful business outcomes at our firm. Additionally, as a family-friendly employer, we provide opportunity and growth for all in the workplace. Learn more and view available positions »

Devanshi Somaya and her two children were featured in JW’s recruiting campaign with The Mom Project.

As we continue to intensify our efforts to recruit diverse talent, we are proud to have welcomed the following women and diverse attorneys from May 2022 through July 2022:

In honor of Asian American and Pacific Islander Heritage Month, The Texas Lawbook spotlighted Sang Shin as he described his experience as an Asian American growing up in North Carolina.

“My upbringing – as an immigrant who grew up in a place where there wasn’t much cultural diversity or support – inspires me each day to work with the AABA of Houston to create opportunities for Asian Americans whose paths to success may resemble my own – unconventional and shaped more like a winding road.”

In honor of Asian American and Pacific Islander (AAPI) Heritage Month, Shari Mao and Sang Shin joined the Fast Takes podcast to share how their upbringings shaped their careers. Listen to the episode »

In the March/April 2022 edition of The Houston Lawyer, Chevazz Brown shared a reflective vignette about his personal and professional lessons learned as a law clerk to the Honorable Kenneth M. Hoyt

“Greater diversity among law clerks creates a more diverse judicial pipeline. For this reason, initiatives across the nation—including in Houston—work to educate and encourage diverse lawyers and law students to consider a career on the bench and to pursue a clerkship to help achieve that goal.”

From April through July 2022, the firm received the following recognitions:

The Diversity Movement spoke with Suzan Kedron and Chad Cole about Jackson Walker’s commitment to diversity and inclusion, including the actions our firm has taken since 2020 to create a more equitable environment for all. Read the full story » 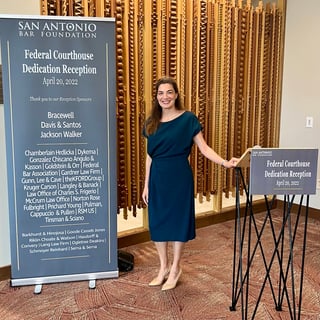 Jackson Walker sponsored Equality’s Night Out presented by the Houston Leadership Committee of Lambda Legal. The event was held at LIFE HTX on June 16, 2022. Our firm has long supported Lambda Legal’s ongoing fight for equality, and has served as a sponsor of the annual Equality’s Night Out since its inception. We proudly recognize Kathy Silver for co-chairing the event and for serving on the Houston Leadership Committee.