While we miss having you as part of the Jackson Walker team, we look forward to staying connected through our biannual Alumni Newsletter and our Jackson Walker Attorney Alumni group on LinkedIn. In this newsletter, we spotlight former JW attorneys, review pro bono opportunities and success stories, share the latest news, insights, and events from around JW, and provide helpful resources like free CLE programs.

Have you received an award, participated in community organizations, or been hired or promoted? We want to hear about anything new and noteworthy happening to our alumni. To share your news, you can fill out this form. 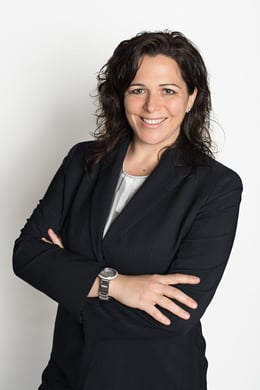 Lauren Mutti, a former JW partner and the current Senior Vice President of Labor and Employment at our client Southern Glazer’s Wine and Spirits, LLC, was appointed Chair of the Board of Directors of Lambda Legal. Lambda Legal is the oldest and largest national legal organization whose mission is to achieve full recognition of civil rights for LGBTQ+ Americans and everyone living with HIV.

Recently, we caught up with Lauren as she discussed her role at Southern Glazer’s and her time at JW. View the Q&A »

Nearly 4,000 Americans have been sentenced to die in prison for federal drug offenses, with no possibility of parole. Eighty percent of them are people of color. Working alongside Brittany Barnett and the Buried Alive Project, which helps free people in prison sentenced to life without parole for nonviolent drug offenses, a Jackson Walker team led by Edwin Buffmire sought a reduction in the life sentence of Ray Charles Fields, who received a mandatory life sentence in 1994 for nonviolent drug-related crimes.

After more than a quarter-century in prison, Mr. Fields is now home, free, working alongside family at a local restaurant, and spending time with grandchildren he’d never met.

“This is truly a big win and happy ending for our clients and the beginning of a safe and bright future for the children. I am honored to help them in their journey and am grateful for the opportunity to fight for them,” Erica said.

Cirrus Logic Ranks Among IPO’s “Patent 300”
Cirrus Logic has been listed among the top 300 U.S.-issued patent assignees for 2020 by the Intellectual Property Owners Association (IPO). This is the second year the company was included in the annual list of innovators. Brian Prewitt, Temple Keller, and Andrea Thai assisted in obtaining 150 of Cirrus Logic’s 180 patents issued in 2020. Read more »

Texas Tower Restaurant Leases
Michael Kuhn represented a partnership between Hines and Ivanhoé Cambridge in negotiating two leases with What If Syndicate to bring two restaurants to Texas Tower in downtown Houston. Both leases will total over 8,000 square feet in the 47-story office tower. Read more »

San Antonio Office Is Relocating Near the Pearl in 2023

JW has signed a lease to occupy the Jefferson Bank building currently under construction along the 1900 block of Broadway between East Josephine and East Grayson streets. The move to the new office space is planned for spring of 2023. Read more »

Congratulations to Our Newly Elected Partners!

On each episode of our Fast Takes podcasts, JW attorneys discuss quick, actionable takeaways to help you and your business navigate today’s complex, interconnected landscape.